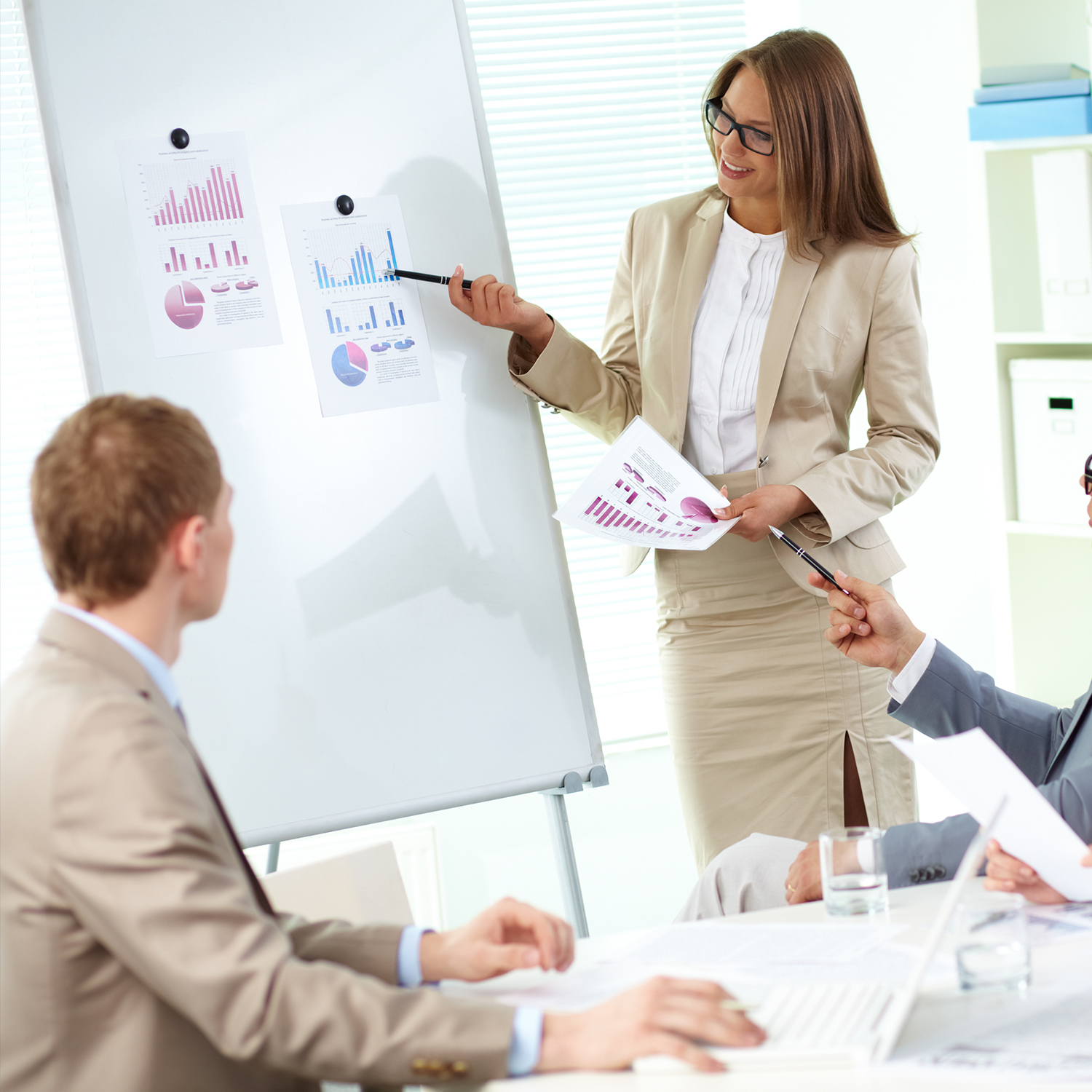 How to Optimize AWS Spending

Without a Variance Report

Around 61% of organizations planned to optimize cloud costs in 2021.

This is no big shock. After all, who wouldn’t want to reduce their cloud spending and boost productivity by doing things like identifying mismanaged resources and eliminating waste?

Traditionally, before the Cloud was a thing, many businesses would create a variance report to optimize and control their future costs. A variance report was a simple, easy way to see at a glance, predicted performance vs actual performance, and uncover the positive and negative variances between the two. By drilling down into the variances they uncovered, they’d be able to identify what caused the positive or negative variances and take steps to eliminate inefficiencies and exploit efficiencies.

But, if you’re looking to use a variance report to optimize your cloud spending, you might want to think again. Trusty old financial tools such as the variance report won’t cut the mustard when it comes to optimizing cloud costs.

Want to know why?

All will be revealed as we go through the following topics:

Ready to optimize your cloud costs?

What is a variance report, how does it work & why are they key?

A variance report is a document that gives companies a clear insight into how the company is performing by comparing the anticipated performance against the actual performance. The gap between the planned outcome and the actual outcome is called a variance.

What happens if the variance is negative?

If the variance between what was supposed to happen and what actually happened is negative, it tells the organization that performance was worse than expected and steps need to be taken to rectify the situation.

The reason for a negative variance is usually down to a financial loss, possibly stemming from something like:

What happens if the variance is positive?

A positive variance tells the organization that they’re doing something right. It lets them know that performance is better than they’d expected, or budgeted for. This could be down to a number of things, including:

How do you create a variance report?

A variance report can be created in four simple steps:

Collect and input the data you want to analyze in an Excel or Google Docs spreadsheet. The way you choose to organize this data is your decision, but it makes sense to have a column for the planned outcome data and a column for the actual outcome data (don’t forget, all planned and actual data must be taken from the same time period). Then, you can have a third column that will determine and display your variance.

To work out the variance between the planned and the actual, use this simple formula: Budgeted Cost / Income – Actual Cost / Income.

Once you’ve applied the formula to your expected and actual performance data, you’ll then be able to see if the variances between what you thought would happen, and what did happen are positive (favorable), or negative (unfavorable). You can start to analyze the difference between the expected and actual outcomes: Get to the bottom of why there’s a variance and why it’s a positive or a negative one.

Variance report step #4: Explain the effect of the variance

This is where you get to describe the potential or actual effect that these positive or negative variances are having, or are likely to have, on your organization. You can then decide what action you need to take to improve.

Ok, so now we know what a variance report is and how to create one, let’s dig deeper into why they’re so useful.

What’s the purpose of a variance report?

It helps them to identify where and when operational changes are needed and allows them to make key adjustments and business decisions that will make the company more profitable in the future.

It gives them important insight into what activities have created positive outcomes, and how these activities can be replicated in other areas. And, it also tells them where the inefficiencies lie and what can be done to eliminate or improve them.

In summary, a variance report is a simple tool that helps organizations to control costs and improve performance.

But wait a minute. Didn’t we say earlier that a variance report doesn’t work so well when it comes to controlling and optimizing cloud costs?

There are three key reasons why a traditional variance report won’t work when trying to optimize cloud costs:

Cloud expenses such as virtual machine instances, memory, storage, and software licenses, are notoriously difficult to predict like traditional hardware assets. This is because you're charged for individual items as you consume them: Cloud usage and spending constantly evolves to meet demand. Plus, with cloud services, there are no centralized budgeting or monitoring mechanisms in place to restrict usage or spending. Individual teams within the organization can rack up monthly bills without any real accountability or awareness about the impact they’re having on the business as a whole.

This makes it incredibly difficult for any central finance or management teams to track and forecast cloud usage and spending accurately.

If you used a traditional variance report to spot inefficiencies and efficiencies with your cloud spending and usage, you’d probably see a whole heap of negative or positive variances. But this isn’t guaranteed to be a true reflection of performance, because getting an accurate detail forecast for cloud costs is impossible. For instance, if you see a positive variance, this could simply be because you’ve over-forecasted usage for that particular time period, not because you’ve found an operational efficiency that you can replicate or roll-out.

As you can see from reading the very first section, creating a variance report is easy enough. But the data used to analyze performance and work out the variance is often collected and imported into a good old spreadsheet.

With the sheer amount of cloud usage data companies now have at their fingertips, the process of collecting and inputting this data into a spreadsheet and analyzing it to compare predicted performance against actual performance becomes a long, laborious task that’s prone to human error and inaccuracy.

Reason #3: Out of date data

Many businesses tend to run a variance analysis on a monthly, quarterly, or annual basis. This gives business leaders enough detail to allow them to understand what's happening in the business without taking up too much of their staff’s time in the process.

But, if variance reports for cloud cost and usage were run on a monthly, quarterly, or annual basis, by the time the information has been produced, it’s massively out of date and useless. The damage has already been done, as costs can often spiral so quickly, without warning.

So, if a variance report isn’t the answer to optimizing cloud costs, what is?

How to manage cloud spend without a variance report

Because cloud usage and spending are difficult to track and forecast, variance reports are often exposed to human error and can take a long time to create, and by the time they are created, they’re out of date and of no use to anyone, there has to be an alternative way to find out how the business is performing. There must be another way to identify where the potential problems are so that steps can be taken to improve performance, create efficiencies and optimize cloud spending.

The good news is that there is.

Although it’s not a traditional variance report, a cloud cost management tool like Aimably gives businesses the opportunity to see where the variances in cloud spending and usage are, in real-time. Plus, it also gives them the chance to dig deeper and find out what’s causing these variances.

For instance, Aimably Pulse contains detailed data breakdowns for each account. Financial teams can therefore see, at a glance, where the positive and negative trends in spending are, in real-time. They can spot the problems and diagnose any spend issues quickly. Different teams across the entire organization can also be set daily spend targets and can track where they are in relation to those targets, every single day.

Then, with Aimably Insight central financial or management teams can dig deeper into the variances or problem areas that they identified through Aimably Pulse.

Aimably Insight allows them to:

It allows them to spot sources of variable spending, track them carefully, and put plans in place to control them. It shows all current cloud usage data against its historical counterpart, so you can instantly see where, when, and why usage behavior has changed. You can also track resource-specific usage against spending, and compare specific cloud costs across all accounts to identify variances and opportunities for improvement.

So, as you can see, Aimably gives organizations real-time insight into their cloud performance. This allows them to see where the positive and negative variances in usage and spending are and enables them to spot opportunities and eliminate risks, quickly.

To find out what Aimably can do for you, book your free consultation here.